Here is a brief introduction to the Cairns. For more information we offer guided tours and provide guide books at our centre at the base of the hills. Hope you call in and visit when you're in the area. 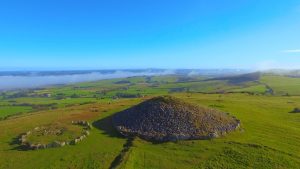 What is a cairn, who built them and when? 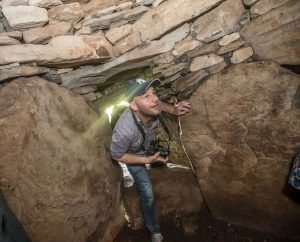 The Loughcrew Cairns were indeed 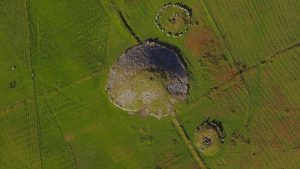 Cairn T From Above 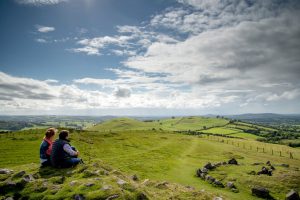 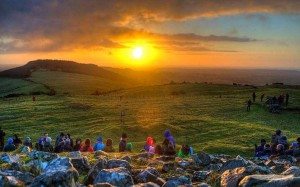 The Spring and Autumn Equinox 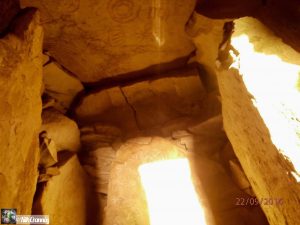 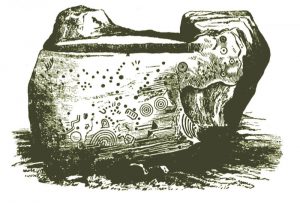 Things to Look Out For 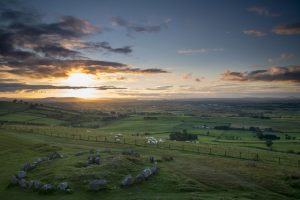 Visible on a clear day:

The Legend of the Witch 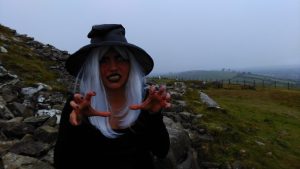 Sliabh na Callaighe is the Irish name for the hills and it translates to “Mountain of the Witch”. The story goes that to rule over all of Ireland the Hag (or witch) had to complete a feat of enormous strength. She had to leap from hill to hill with stones in her apron. As she jumped from peak to peak she dropped a handful of stones. These stones became the cairns. On her final jump, to make her mistress over all of Ireland, she broke her neck and was buried under the stones on the side of the hill.

To really get to know the area and other local stories you can spend a few relaxing days in this tranquil corner of the Boyne Valley.